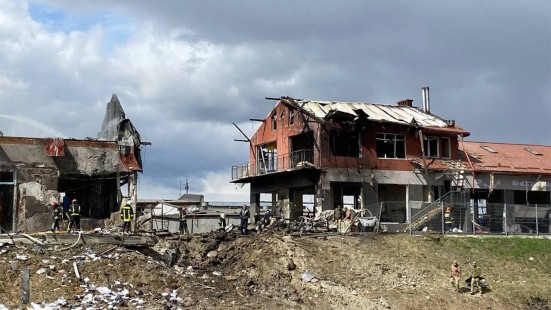 "It's been more than two weeks since we sent out our last update—a long time for some, a short one for us. What I was afraid of the most is to get used to this new reality..." Our field leader in Ukraine shares about the last attacks in Lviv and the effects of the war.

"It's been more than two weeks since we sent out our last update—a long time for some, a short one for us. What I was afraid of the most is to get used to this new reality. It seems that this is happening to us eventually. We got used to air raid sirens going off, and now we don't get panic but know precisely what to do and where to rush. We got used to having lots of work done every day of the week to serve people who have suffered from the War. We even got used to being awakened at night and having less sound sleep.

People in Lviv are getting used to the War and are less alert. A considerably smaller number of people have been coming to our bomb shelter for the last two weeks until Monday, April 18th. Three of the missiles targeted an object of military infrastructure (warehouses that were not in use), and one hit a tire fitting. Both places were utterly destroyed. No one could ever expect a peaceful car service/ tire fitting (one of the closest and most convenient for many other drivers and me in the area to go to) to be hit.

Seven civilians were killed and 11 wounded, including a 3-year-old boy who fled from Kharkiv to get injured by glass fragments during the bombing in Lviv, the most significant humanitarian hub and shelter that has housed more than 300,000 refugees.

There is no way we can get used to the War, to bombing, to people, especially children, being killed or wounded, to lives and dreams ruined and destroyed. Every story told by those who were lucky to flee touches me profoundly and penetrates my heart deeply."